Why I'm At CloudCover

Do you remember IBM in the 1980’s? I do. My mother had been working in their communications department since before I was born. She had first walked into the IBM buildings as a high-school kid. She had started in a program IBM had initiated to attract local talent into their East Fishkill, New York campus. My mother’s initial internship would be the start of a 25-year career at IBM.

It was a pivotal time to be working in communications for a tech company. At the start of the 80’s, IBM released a personal computer they began marketing and distributing, and the brand was slowly starting to make their way into homes and small businesses – new markets for them at the time. New marketing challenges, as well. People wanted to know, “Who exactly are these products we’re letting into our homes? Why should we trust you?”

You know what I also remember? I remember that despite the fact most kids had a family member working out of the IBM plant right up the street, the computers in our school lab were Apples. Many families didn’t have the ability to purchase their own computer, so for them, this was the only computer their children ever saw.

I remember coming home to our own PC --its residence a spare bedroom renamed in its honor, the “computer room,” only to be completely confused with how to use it. I remember my mom watching this unfold and asking repeatedly, “Why aren’t our kids using IBM computers in their classrooms? What happened?”

It was a good question to ask as a marketer.

The reason was that my school was part of a massive IT marketing effort by Apple called “The Kids Can’t Wait.” It was followed soon after by several other Apple-led initiatives including the “Apple Distinguished Educator” program and research projects like “Apple Classroom of Tomorrow.” And it seemed to work. When it came time for college, guess which computer all the kids whose parents could afford to buy one were buying? They looked like this: 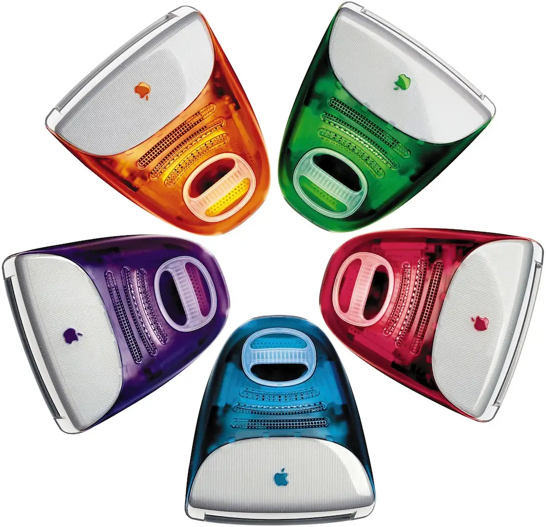 I wanted to start here because this was probably one of my first lessons in the importance of brand marketing. My generation grew up knowing Apple computers on a personal level. They were the tools that had taught us typing, had played the Oregon Trail with us, and the machines that eventually acted as the portals to a worldwide web, presenting endless possibilities and freedom (backed by other types of hardware and services, of course). It was also my first lesson in understanding that IT, at its core, is in the business of service.

My school didn’t choose Apple over IBM because of the hardware. It chose it because Apple offered a service solution for easily getting computers into our classrooms. It met its consumers where they were. For school administrators, without Apple’s service offering on top of the IT hardware, IBM being down the street was just as close as IBM being on the moon. They had no meaningful way to bridge the gap.

IT’s growth and marketing will always be at its best when a company thinks through how it meaningfully services the communities it’s meant to market to AND still turn a profit. 1 We need to be the bridge over the gaps our customers are facing. But in order to bridge the gap, you first must recognize the gap exists. Apple minded the gap well. This is where CloudCover has also excelled. We’re a company built on bridging and filling gaps between technology and service. And we do it based on data science. Some of the “gaps” we help cover are:

• Integrated Technology Partnerships (making our tech work with your tech, for your end user)

IT Maintenance Powered by Data Science

Our platform is built on years of real data and powered by an artificial intelligence that uses machine learning to keep bettering itself. Its focus is how to solve our customers and the customers of our partners, maintenance management and service needs better, faster and with less wasted resources.

Our partnerships in providing third-party maintenance follow the same principals. Our partners are chosen, and our partnerships are deployed based on how well each partner is able to serve a customer’s unique needs. These aren’t guesses. We have the data to prove – and improve --it all. In fact, our data is growing so valuable that we’re actually growing our data team to make sure we’re keeping up with it. If you’re interested in learning more, I recommend you take a peek at our careers page.

I’ve had over 10 years working in advertising and marketing at both ad agencies and as part of in-house teams. On the agency side I’ve had to pitch why clients should hire us for their company’s marketing. In-house I’ve had to justify marketing spend for our stakeholders. There’s always more to learn and I’ve written a lot on marketing data and data literacy.

But the bottom line is that running a business means you have to find a way to justify the work. We do this by speaking in many acronyms. By tracking multiple lines of data at once. By trying to quantify how many minutes each sale should take, each ad should cost. What the ROI is showing us for our efforts.

And that’s all important. But what it doesn’t tell us is what the governing principle driving all that data came from. And to succeed long-term, understanding who you are as a company needs to be part of every good marketing strategy. Of every dollar spent. Of every good brand.

You need to build a brand to build profits, not the other way around.

Apple is still one of the most recognized brands, globally in the consumer market. Much of their success can be understood through their early consumer brand marketing. Inc Magazine wrote that a colleague of Job’s described his efforts to put Apple computers into American schools as “75% prophet and 25% profit.” I mention it because it shows that their governing principle wasn’t just based on growth lines on a profit chart. It was “Think Different” to profit. Apple needed to make money within its governing principal to be successful. Creating Apple-led school programs and public policy was certainly driven by that.

IT is a Service

I think sometimes companies can get these two ideas backwards. Growing “right”—whether we’re talking about that line on the annual P&L chart or a Net Promoter score - is a juxtaposition every business should make a regular practice of reflecting on. Of auditing itself on. Of not just asking “How much should we aim to make?” But asking, “What kind of brand principals do we want to drive our profits from?”

After meeting the CloudCover team who have built and driven this company this far, I truly believe our growth and values are aligned and I truly believe in there’s some exciting stories to tell around what we do.

Some of these you can already read in our Case Studies, but even more are happening that we haven’t had time to post yet. In our channel partnerships, Gartner has named CloudCover a “Cool Vendors in Service Channel Enablement” due to our unique enablement platform. According to Gartner, Gartner’s definition of a Cool Vendor is a small company offering a technology or service that is innovative, impactful or intriguing. The three elements of a Cool Vendor are further explained below:

• Innovative —Enables users to do things they could not do before.

• Impactful —Has or will have a business impact, not just technology for its own sake.

• Intriguing —Has caught Gartner’s interest during the past six months.2

CloudCover’s Maintenance Management platform is in the “Software as a Service” (SaaS) market. It’s an aptly named market. So much effort has been spent on servicing our customers and partners that despite having some large Fortune 500 companies as clients, right now, we’re a bit of IT’s best kept secret. Chances are, someone you know is probably already benefitting from our services, they just may not know it.

It’s time to change that and we will be announcing some big hires and investments in the next couple of months, along with pushing out new content on how we can help your business grow. It’s my third week at CloudCover but I can tell you, we’re excited to be turning the volume, “up.”

Sign up for a demo of the CloudCover Platform.


[1] Don’t misunderstand – I’m still a big fan of IBM and their marketing. My first computer in college was a ThinkPad. And despite Apple’s efforts in the market, I still believe that IBM dominates corporate computing.

Take a look at CloudCover

Gartner - recognized CloudCover is completely unique to the marketplace and offers incredible value and control of your maintenance environment. If you’d like to learn more about the CloudCover Model and see our platform in action, click below. You’ll be contacted right away.
Access A Demo